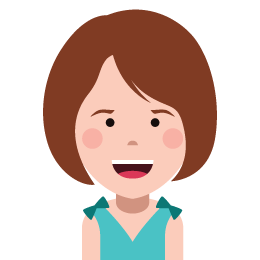 I know the frustration of trying to find a gift for somebody who seems to have everything. What finally helped me take the angst out of gift buying was starting to think outside the box. Since then, it seems to be easier to find something that my loved one will like, whatever the occasion. These days, I look in unusual places for gift ideas. Instead of retail shops, I see what is happening at local auction houses. I may look into getting my loved one something they've expressed an interest in recently, like taking guitar lessons. I may even surprise my friend with a visit from a chef who prepares a special meal just for him or her. If you have the gift buying blues, let me help. I'll provide some tips on how to get clues for wonderful presents that will delight and amaze your loved ones.

Gift Buying: Thinking Outside the Box

Weird Facts About Michigan That You Can Put On A Shirt

If you are thinking of making t-shirts to honor your great state of Michigan, then it pays to be creative. While some people will like a simple shirt that says "Michigan" with a map of the state on it, others will be looking for something more unique. Here are some weird facts about Michigan that you can work into a shirt design.

Michigan is known as the Wolverine State.

Detroit is known for its car production.

Some call it the car capital of the world. You can't drive through the area without seeing all of the manufacturing plants and car sales lots! Consider making a shirt that says something silly like "Detroit: The housing market is terrible, but we have great cars!" Or "Any car you want, you can find in Detroit."

Michigan has its own official stone.

Who would have thought having a "state stone" was a thing? Michigan has its own stone, which is the Petoskey stone. You can find this strange stone, which is really a piece of fossilized coral, along the shores of Lake Michigan. Consider making shirts with a picture of the stone. The shirts could say "We have our own state stone. What do you have?"

Not only are they the official state reptile, but you can see them along a lot of lakes and ponds. A funny way to honor painted turtles on your Michigan t-shirt would be to depict a turtle being painted with a paintbrush and the words "Stop painting me; I am already a painted turtle." You could also depict a turtle holding a paintbrush and painting the state of Michigan.

The state has been ruled by the French, Spanish, and English at different points in history.

Michigan definitely had some drama over ownership in its early days. You could depict this on a shirt by showing all three of these flags along with the current American flag. The words "Michigan: we've had some drama" may get you a few laughs among those more familiar with history.